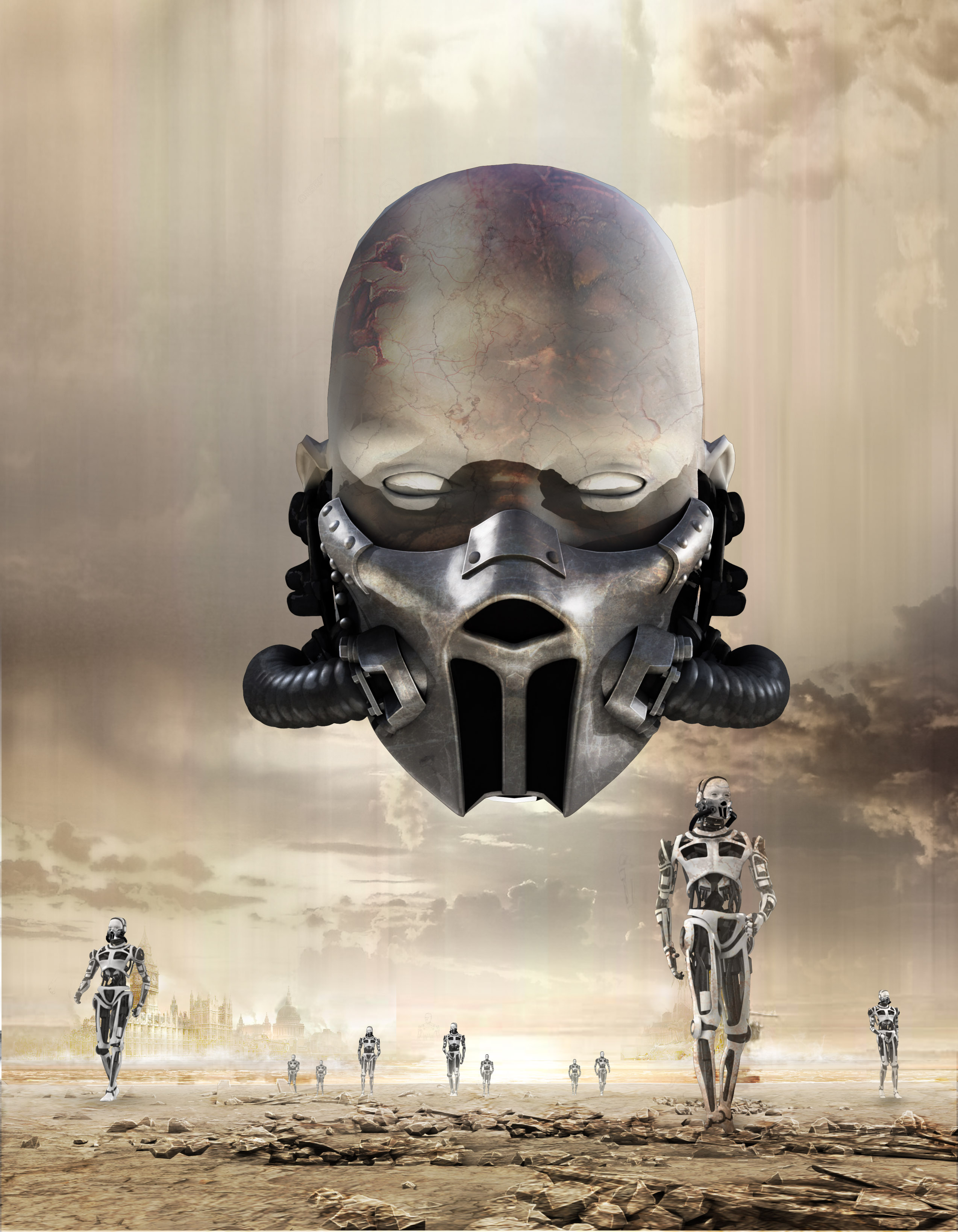 Our Future Lies within Our Past, Let Our Future go back to Our Past! 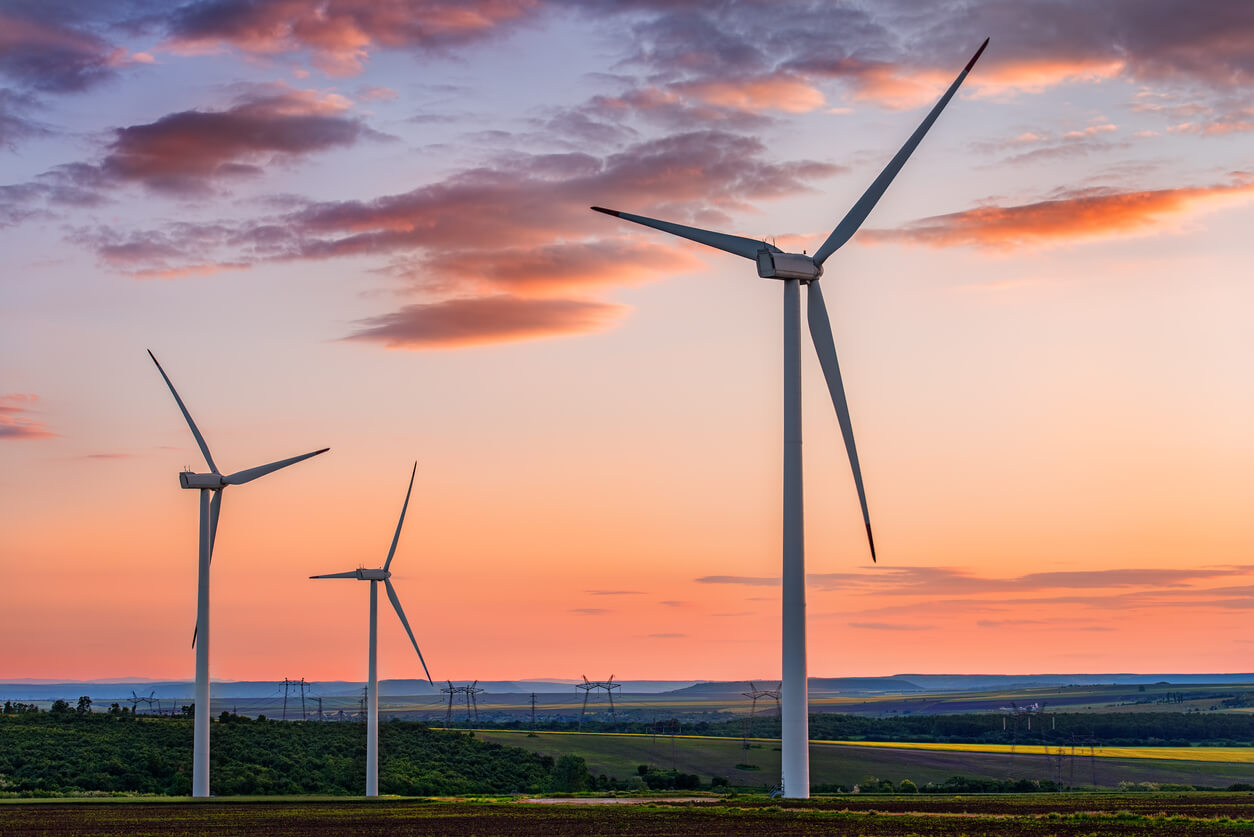 Beautiful sunset above the windmills on the field 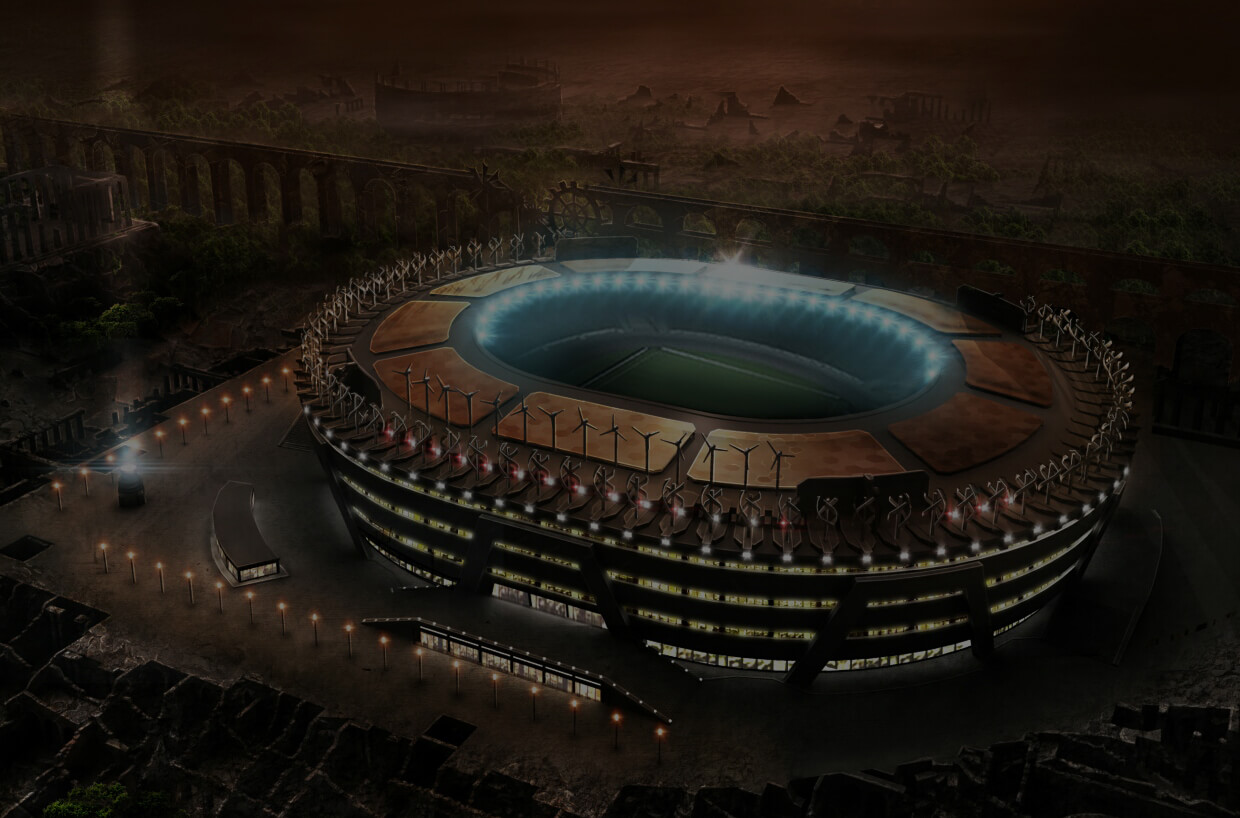 The future of integrated Wind and Solar technology on stadium roofs. 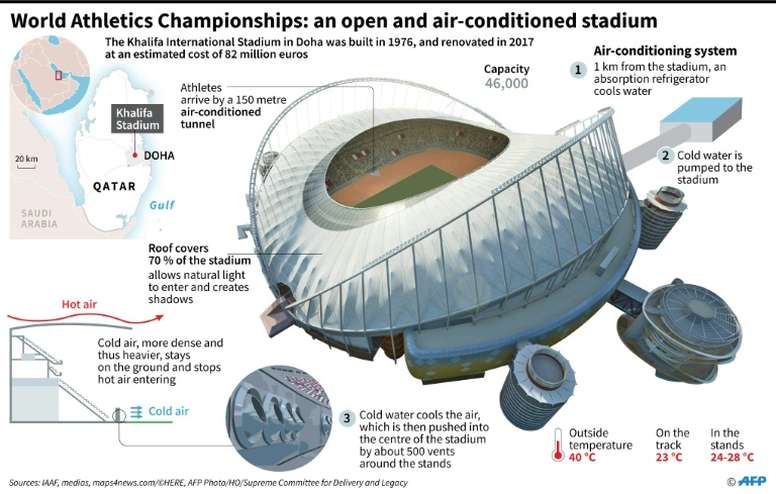 The environmental cost of holding a top-tier sporting event in a sweltering desert has been thrust into the global spotlight.

Organisers insist they have taken steps to mitigate the impact of the athletics showcase and that the far larger 2022 football World Cup, also due to be held in the Gulf monarchy, will be carbon-neutral. But climate activists are sceptical, warning that events which rely heavily on energy-hungry air conditioning, desalination, single-use plastics and inbound air travel can never be truly green.

Nasser al-Khater, chief executive of FIFA World Cup Qatar 2022, said, “the organisers were working to make stadiums “as environmentally friendly as possible”. “From using lighting systems and water systems that are extremely sustainable, the power generation for these stadiums was something that we looked at,” he said. There was a big discussion on solar power and what Qatar committed to do was solar-powered generation plants in Qatar before the World Cup.” Organisers will use carbon credits and plan to plant thousands of trees to offset emissions.

Mohammed Ayoub, senior research director at the Qatar Environment and Energy Research Institute, warned that solar power may not prove to be a fix-all solution.

“Solar cells are facing challenges related to high temperature, which reduces efficiency and also accumulation of dust,” he told AFP at a recent climate vigil staged by schoolchildren, with the approval of authorities.

Volker helped inspire my decision to transform the factual research I obtained from him for my Masters dissertation in ‘The feasibility of stadium roof mounted turbine array,’ to a fictional story.  Volker is featured as the fictional character named Vulken in the story, and has written a testimonial review of the story, as follows: