ReCO2gnition: Oxygen Debt Part 1 By Mark Dowson – The Key To The Future Lies In The Past! 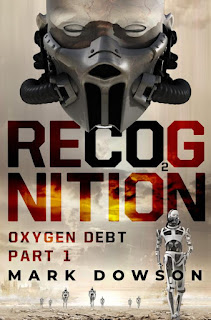 ReCO2gnition: Oxygen Debt Part 1 by Mark Dowson
The year is 2112 and the Earth is reaching the point of being unable to sustain life. Technologies have advanced, but unfortunately, those advances have not fulfilled the promise of making life better. For whatever reason, humans have stopped using fossil fuels as a means of producing electricity. A massive corporation, GIATCOM believed the answer was to go exclusively nuclear for power production. With a stronghold on producing technology as well as power, they are making all the profits and, as such, are willing to do anything to keep their position secure.
It is known by the United Nations Authority that there was a man, Dr. Ben Richards, who had come up with a way to use wind power that would have changed the course of human history had he not died under mysterious circumstances.
As GIATCOM has a stranglehold on tech and power production, it is in their best interest to see to it that nothing happens to change that position, not in their present or in their past. Enter Shui Feng, a shapeshifting android sent back to the year 2017 to make sure that Dr. Richards cannot bring his dream of making wind power the premier form of generating electricity in the future. As a countermeasure to Feng, the UNA sends Merisi, a shapeshifting cyborg to inspire and protect Dr. Richards to see his vision become reality.
The result of all of this is an amazing read with action from beginning to end, lots of twists and turns, and some interesting characters on a roller coaster ride that will either change the world for the better or leave the planet a nuclear wasteland.
What amazes me about ReCO2gnition is how many various bits of subject matter author Mark Dowson packs into his story. There are references to science, history, geography, religion, and the arts. All of that along with compelling characters and some great action scenes make this book one that should appeal to any Sci-Fi aficionado.
What Dr. Richards proposes is that stadiums everywhere undergo a refit to support wind generators and to maximize the airflow through those units. It makes a great deal of sense since most stadiums are only used periodically. If these places are refit, they will not only generate enough electricity to sustain them when in use, but produce enough excess to feed the power grid, not to mention making a nice profit for the stadium owners.. Richards’ proposal will require a substantial initial investment, but the long term benefits could be staggering. It is no wonder that a company dedicated to producing nuclear power would try to find a way to stop it.
The story is spread out in locations in Italy, where Leonardo da Vinci performed his research and let his imagination loose in many disciplines. Mark’s descriptions of the places the characters visit are vivid enough to say that one could actually visualize the landscapes and buildings.
All through the book are references to what is known as the SATOR square. No one really knows what it means, but it is commonly found around Europe. The SATOR square is a palindrome of five words that are a mystery of their actual meaning. Many have tried to solve this ancient puzzle and there are several theories as to its meaning, but in this story, it serves as a time portal between 2112 and the present. While GIATCOM and the UNA have discovered this, it remains enigmatic to those from 2017.
With so many things to be found in this story, a reader might think it is too complicated to tackle, but this is not the case with ReCO2gnition because everything in the story fits into place easily and is relevant to the action. That is not to say that the story isn’t thought provoking, there’s plenty to think about as Mark not only entertains, but educates as well. The reader may not realize that he/she is learning though because the story is just that good.
As with any great story, there has to be characters that the reader can care about. In the case of ReCO2gnition, Mark has created several characters that one can have feelings for, and one that is so bereft of compassion it is terrifying.

Dr. Ben Richards is a genius. He came up with the wind power idea and wants to do his best to sell it. He is also a bit naive and shy at the same time. I would guess he has spent so much time working on his ideas that he hasn’t really taken time to stick his head up and learn about life. This makes him an easy target for those that would stop him from seeing his dream come to reality. He is also an endearing fellow because he apparently doesn’t have any ulterior motives beyond his life’s work. He doesn’t seem to care about wealth or fame, but rather only how he can make the world a better place. Along with my observations, author Mark Dowson adds:

“The protagonist not only suffers from autism, but long-term PTSD stemming from the tragedy he witnessed of seeing his mother die in a Tsunami caused by climate change. He has the ability to use his self-motivated creative drive developed from his PTSD compounded by his innate divergent thinking coming from his autistic traits, as his strength to be able to develop creative ingenuity and leadership.”

Dr. Richards is joined by Grazia Rossini, a beautiful former athlete turned reporter. She is interested in Dr. Richards’ work and, as time goes on, she is also interested in his safety. There are hints that Grazia may not be all that she seems up front, but for the time being, she plays a key role in helping Richards stay safe. Along with her is Merisi, who seems to come and go at the most opportune times. I enjoyed Merisi’s role as Richards’ guardian angel. Merisi is a shapeshifting cyborg that shows up to save Richards and also helps guide him to safety from one of the most evil characters I have ever encountered.

The main antagonist in the story is Shui Feng, an android that has powers that include shapeshifting, superior strength, and the skills of a master assassin. There is no doubt that if it weren’t for Merisi, Feng would have no trouble accomplishing GIATCOM’s mission of securing their position by eliminating Richards. Feng has no redeeming qualities whatsoever and is a stone cold killer. This would not be unexpected from an android, but Feng is also artificially intelligent. He enjoys killing and seems to have ambition; a dangerous combination.

For me, I find the characters fascinating and, naturally want to see the “good guys” win.
Author Mark Dowson demonstrates an appreciation for many disciplines in his work. He is well researched and has obviously spent many hours of studying to bring so much together in the pages of his first installment of what promises to be a trilogy of stories. After reading the first part, I cannot even come close to trying to predict which way the story will end, which makes me want to move on to the next book.
On Mark’s website, one will find many bits of information showing what went into creating this unique story. If you are interested, go to markdowsonauthor.com to learn more about the inner ideas behind the book which will be released in October, 2019.
From Mark’s website, here is a brief biography… 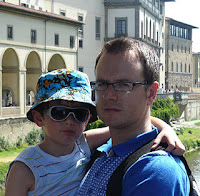 “Mark Dowson’s own inspiration to write the trilogy has come from his knowledge and experience in carrying out his own personal wind energy research at a Masters of Science degree level. The story’s foundation is based on his own factual research dissertation and has transformed and expanded upon these facts to create an exciting fictional mystery thriller. Mark has published a Wind research article for Amida recruitment based on his wind research. Mark has worked on some of the most prestigious renewable power generation projects in the UK as a practicing Commercial Manager for the past 15 years which substantiates his factual research being valid and reliable.”

I give ReCO2gnition high recommendations for its action, characters, and the theme that hopefully will raise awareness of the dangers of climate change.

Check out the trailer for ReCO2gnition…


Video animation for ReCO2gnition Copy
Well, there it is…