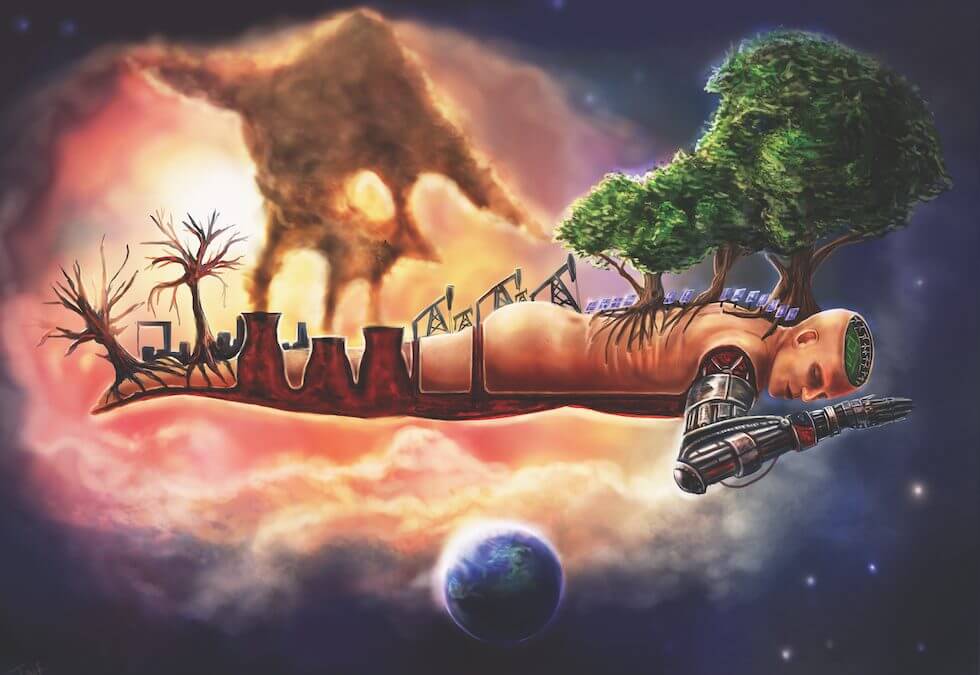 Core Mental Health Theme and other Sub-Themes of ReCO2gnition

The protagonist’s own motivation to create innovative renewable energy designs is driven from him his own mental health. He wants to help prevent climate change disasters occurring. He wants his voice heard, to save others!

I was also inspired by the idea of how an argument between an AI android and a human may manifest in proving whether the AI android could evolve and eventually surpass a human’s creative and emotional intelligence. This is featured later in the trilogy, but an excerpt can be found here;

“You humans are hindered by your memories and traumas, as us artificial intelligent androids are not.” Emotions can hold you back,” says Feng. “Wrong! Being in touch with one’s emotions helps negotiate a situation and promotes creative thinking from social interaction, where emotions are required. Something androids will not be able to produce a spontaneous emotional response to a situation which would be determined by their own memories and trauma, as an android will not have such a thing. Throughout human history the best creative people suffer from some sort of autism stemmed from their own personal trauma. So you see having trauma can actually be advantageous to us humans in being able to naturally create unlike androids,” says Dr. Richards.